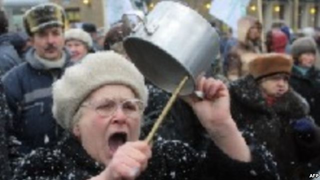 Read for tips on getting letters to the editor published.  This conversation explores the ways we can be heard.  Is there effective action we, at in the Occupy Movement and at Occupy Cafe can take to amplify our thoughts and concerns?  Who's listening?  To what effect?

The idea for this discussion came from an encounter Jitendra had with a woman who is expert at writing "letters to the editor."  She offers this basic advice:

My experience with the impact of LTE’s ,even in the smallest local newspaper

Positive solutions get the most press and have the best impact, not negative

Motivating people with positivity and hope, part of the solution, depression holds down proactivity

Identify and rebut ideas in peoples’ heads, key to spawning proactivity (example: “Our voice won’t count”. The Iron Curtain fell as masses protested, Avvaz.org has many success stories based on millions of signatures, etc)

“My letter won’t be published, I am not a good enough writer” solution: House LTE parties, the group editing becomes feedback and assures a successful result

The SF Chronicle published something very controversial which I wrote, we might be surprised at what they might publish. Different points of view is key, not great penmanship or agendas

Mass hurls of LTE’s will put pressure on editorial boards to publish letters about a certain topic, Occupy movement can accomplish this by strength of numbers

Make sure the bigger newspapers are the first to get your letter, they don’t publish if your LTE is sent to a string of papers, a SF Chronicle editor told me this. They want to be the first (NY Times wants sole editorship, nothing you sent them to be posted even on the web or reprinted thereafter. SF Chronicle did say, at that time, that to republish later is okay. Check with them for current policy).

Politicians respond to things like being told an open letter, posted to the internet, is being carbon copied to the ACLU, journalists, others who will blow whistles on them