A little more on: Freedom From the Inside Out

Here's an inquiry appropriate for this group, Transforming Systems From the Inside Out (remember? ;-)))

In what ways might this outer theater reflect dynamics within your own emotional, mental and psychic constitution?

From the metaphysical AND physics perspective, we exist in a universe (or multiverse) of resonant vibrational fields. Which means in order for us to perceive a reality in 4D (or however many D's you perceive things), it has to be resonant somewhere in our energetic field. Some describe that meta field of energy as our consciousness. It doesn't really matter what your model is or how you label the constituent dynamics.

If you see it, you are it—somewhere, somehow.  It's the Law of One (which I find s bit more accurate than Law of Attraction)

We are the banksters. We are the military-industrial complex. We are Monsanto. This doesn't mean we will act those parts out. It does mean that as long as we hold these constellations of identity in our consciousness with an attendant charge, we are feeding that which we aspire to transform...like the dark lord goading Luke in Star Wars to "be angry...feed the dark side." 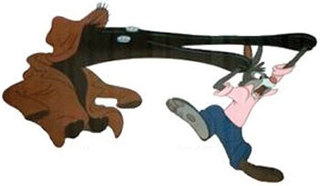 Some people find this perception a bit far out. I often need to remind myself that my anger and rage at those that brutally oppress ends up turning in on myself if I don't channel it consciously and ultimately digest all that energy. It's a trap, like a tar baby.

This is indeed an increasingly interesting time. There are visible signs that the springs of many traps are being loaded. Certain power structures are rampantly running away with actions based on highjacked authority, not the least of which are Citizens United and NDAA.

Of course, there are many practical pathways of counter-action to be pursued in order to legally challenge these recent and past unjust laws and policies. The secret to disarming these battles for the long term lies in a different realm.  I'm all for knowing the strategy and tactics of those that seek to control.  However, our power kicks in when we're able to disentangle our nervous systems from the mire of fear and resistance within which we so often find ourselves enveloped.

How might we clean up this mess in which we, inwardly and outwardly, find ourselves and our planet?  Clues point toward a new octave of non-violence.  The mystery: What might that look like—in action?

Cleaning up the mess involves finding its source, anything else is just a temporary fix. Finding the source involves acquiring knowledge of the nature of the problem and knowledge of how this problem has manifested over time. Which areas of knowledge contain the most useful information will depend on the individual; I've found the study of law and its history to be most fruitful, but your mileage may vary.

I also enjoy discovery through observation and find much value and relavance in studyinghow we got here as a people. For example,   I happened to just watch Michael Woods wonderful series o the Legacy of Civilizations which was a amazing long view lens that put the icssues of OWS, of the 99% movement in a very clear context for me.

But I also believe we can see differently just by choosing to look through a different lens.  A very small shift in the habits we have to view and understad the wolrd can bring about a momentous shift in what we can harvest and put to work for change.

I watched some of the video on Iraq, and found it interesting that it described eating of the tree of knowledge as being a "devils bargain". The story of Adam and Eve relates of the eating of the tree of knowledge of good and evil - a specific area of knowledge. Thus the video suggests that knowledge in general was condemned when in fact the opposite was true, i.e. the Tanak, the collection of Hebrew writings which begins with the story of Adam & Eve, teaches that ignorance is a source of vulnerability and that reason should be applied in forming an opinion.

Another point of interest was the notion presented by the video that the civilizations of Ur and Bablyon represented the cradle of civilization, when there is good archeological evidence for civilizations which predate Babylon by many thousands of years. The significance of Babylon is that was the first of a series of empires which were succesively conquered, ending in the Roman empire, with Roman law being the foundation of civil law.

First may the new year be very kind to you in every way.

I love how you have phrased this question..this possibility..this reality of the flow of energy and what that energy emanates reminding us that the flow is both in to us and out from us.

We tend to experience the penetration into us as the only dimension of this complex system of energy and emanation.  We tend to adopt personal operating systems that react to and guard us against what is flowing in...we construct our identities out of what we create to deal with what is flowing in, what is penetrating us from the outside world.

we do that unaware that when we live and act only from our own needs, attachments, fantasies desires, fears, judgments  we aren't just creating personal mechanisms   wholly contained within us but  projecting energy out that penetrates others..

when we start to occupy that part of this complex system , the part about our output, and start taking responsibility for that then we start becoming agents and catalysts that open new possibilities within us and for the world.

The new octave is, I suspect, a new life-form here on planet Earth. We might call it humanitas unita, Humanity United. As we learn our place in this living moment, and learn to use our intent for peace and love, we become our truest self. The chief individual action then, is learning to master our intent.

Collectively, I think the actions becomes part of a more aware process. Life is process. There is some irony in the term 'bio-mimicry' as we couldn't be any more f**king bio. That said [ahem], aligning with natural processes and rhythms seems wise through most any lens.

In the book, "World 5.0 - Healing Ourselves, Our Earth and Our Life Together" I recommend an end to war, a return to localism and efforts toward sustainable food and energy, certification for businesses to end the 'buyer beware' mindset, and a Constitution for the Earth, that we might codify the best principles and practices to live, love, learn, play and restore this lovely planet. It's sort of a big idea.