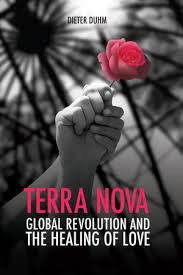 Lets speak to the deep meaning of the vampire myth in relationship to modern day.  How many people, especially many of us rationalized liberals, realize that myth speaks to reality.   Our issue in not understanding is our lack of an intelligent understanding of metaphor, which epistemologist Gregory Baetson defines as “a language that connects.”

Please do as I request.

As we all watched the Occupy Movement erode, and as I witnessed an emotional force there more interested in opposition than support, which is of course the nature of emotional force, I returned my focus to alternative pathways.  In 2012, I began researching the possibility of creating a "time bank" as a tool for crowdsourcing support for all positive avenues to a future of sustainable prosperity - and by facilitating all approaches, even ones in apparent opposition to each other, finding a…

[s17-2013] Urgent - anyone willing to do address searches on offices of TPP corporate advisers?…

– No Fast Track for TPP! Actions at Congressional district offices

The Occupy Strategy Group is asking folks to fill out this survey.

WHEN EVERY PIECE OF INFORMATION IS A DISTORTION .

Little Jimmy was crying to his mommy that his brother hit him he is a mean person to him. His brother never got the chance to present his and since he was older he was expected to know better. You might say that it was easy to demonize the old brother because the parents had established an acceptable pattern of conclusions based on past behavior..

How easy is it for the person who screams the loudest to be effective in convincing people to her/his side of the story. If it…

I came to the Occupy Cafe to see if anyone had posted the sad news. Cheryl Honey died on April 25 of an apparent murder/suicide. It is still under investigation. Cheryl's work of Community Weaving was a gift to the world and her community. I'm very sad to hear of her death.

You can learn more here:…

New Writing from Graeber on Occupy and Democracy

David Graeber, author of Debt: The First 5000 Years, has a new book out.  The Democracy Project starts with Graeber discussing the supression of Occupy Wall Street. That's part of his larger thesis that our political and economic institutions are so scared of change that they are more interested in making us believe change is impossible than they are in actually functioning effectively.  You can …

The Great and Lesser, the Large and Small, the Thin and Fat and all of that . .

The teachers to my life, and by this I refer to those outside of any 'normal' education system, changed me in ways unique to…

Last week I wrote a piece called, "Diversity ... Obama are you listening." I wanted to take the topic of diversity and stretch it past just physical attributes; race, gender, ethnic origin and sexual persuasion. I wanted to bring attention to what I think its true definition is ... diversity of the mind. While race, gender and ethnicity definitely contribute to one's world view ... there's a lot more…

Disturbing insight into the dark agenda of Chemtrails

For those who are interested, I have posted at my stream blog; sheridan.coffeecup.com a couple of videos, the second of which contains about an hour of good info containing disturbing information on nano-biotech synthetic life... This will be hard for some to believe let alone accept...

Well it's 2013 and the "Insane Clown Posse" masquerading as our elected officials almost succeeded in hurling themselves, and us included, off the proverbial "fiscal cliff." Fortunately sanity showed its face, however briefly, long enough to avert the plunge into the abyss. You have to give the clowns credit though ... with each day they seem reach new level of lunatic performance, with the "tea baggers" refusing to relent the headlining role. But we haven't seen anything yet. February will…

Due to a FOIA release, we know that Wall Street didn't even bother to pretend that the government puppets it spends billions electing were in charge, and met directly with the FBI to plan the suppression of Occupy. After Wall Street coordinated the DHS violence against Occupy, Occupy responded by helping to get out the vote for the Wall Street owned government.

It's the End of the World (as we know it)

So we’ve arrived at December 21st 2012, the end of a 5000 year cycle in the Mayan calendar and the much vaunted “end of the world.” Whilst the destruction of the planet by gigantic asteroids or solar flares seems highly unlikely, we are nevertheless witnessing huge social, economic and environmental challenges that promise to change our lives beyond recognition in the…
Continue

When everyone who voted for a war criminal starts wishing me peace on earth.

And accusing me of negativity when I say in return, "Bah, humbug!"

Many voters believe that voting can bring about social progress through legislation, but I've been unable to find any concrete examples of this happening in the United States. There has often been legislation that appeared to have the intent of reform, but such reforms have proven useless or merely temporary at best. That's because legislation is subject to interpretation by the Supreme Court and to selective enforcement by the state. We're told that the reason…