As an enthusiastic supporter of Occupy Wall Street, I welcome collaboration for global sustainability. Humanity needs to make a breakthrough to create our Dream of a Meaningful, Creative, Sustainable…

As an enthusiastic supporter of Occupy Wall Street, I welcome collaboration for global sustainability. Humanity needs to make a breakthrough to create our Dream of a Meaningful, Creative, Sustainable Planet.

Investment Capitalism seems to be going on steroids as INTRADE has people becoming globally obsessed with money to the point where they are betting on war.…

Giving Thanks for Nothing!

This is the message I sent out to the Election Boycott community for Thanksgiving:

This Thanksgiving, in addition to all the many things I have to be thankful
for, like having a roof over my head, food to eat, not being in the middle of
a war or natural (these days often more properly described as man-made)
catastrophe, and having a computer where I can connect with wonderful friends
and colleagues like you, I cannot help but also be thankful for nothing.… Continue

A group of over 200 of the nations top CEO's are bringing it back to "we the people" , our legislators and the President with their "Fix the Debt" campaign...the biggest Trojan Horse ever!!!  If we the people stay engaged we can turn this into the massive backlash the plutonomy has long feared.  Point to it, hold it up, out it, urge your pension funds to divest all companies involved in this , boycott all products and services of the companies involved in this.

We do need to…

Women got out the vote for Obama's second term, on the basis that he was more likely than Romney to appoint Supreme Court justices who might protect women's rights.

Apparently feminists had forgotten the Clarence Thomas hearings. Supreme Court appointees have to be adults with enough credentials to appear suitable for the job, like a district judge, a successful attorney, or a professor. But if they have ever openly supported women's rights, even so much as making a public…

Please read and help spread the awareness and understanding

Happy to report that Maine has ousted the tea party..now we begin the very hard work of undoing all the damage they did legislatively  and to Maine's major environmental, planning and human services agencies during their "raid"

After Abolition, whites in the south devised a clever way to keep many Blacks enslaved. They enacted new laws, like the vagrancy law. Since white plantation owners were not going to pay wages to Blacks whose labor they had previously exploited for free, many "freed" Blacks found themselves unemployed. The vagrancy laws made unemployment a crime, so Blacks who didn't have jobs could be arrested for vagrancy, brought to trial, convicted, and sentenced to hard labor on the very same plantations…

For those of you not on the OWS/Strike Debt email list...

Good day, womyn and gentlemyn of the Cafe. It is good to see dialogue on the topic as to why very few womyn are posting at the Café. The answer lies somewhere between how it is that womyn's voices get co-opted, and the myopia caused by a vague reference point, from which one begins, i.e. primogeniture. Men need to endeavor to understand how womyn operate. The Cafe needs to learn to understand the participation of women, as though there had never been primogeniture. Patriarchs need to abandon…

The Role of Indigenous Wisdom in an Emerging World

“Grandson, the longest road you will ever have to walk in your life is the sacred journey from your head to your heart.” - Indigenous Elder speaking to our friend Brother Phil 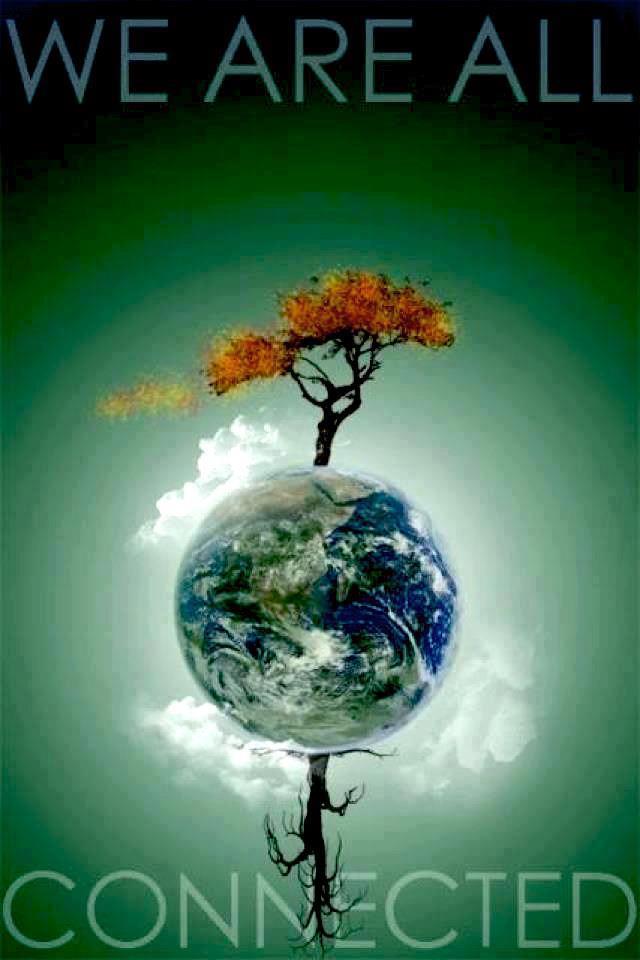 In the late 1990s, my husband, my self and my in-laws attended one of our monthly Historical Madison County Society meetings, during which we were given a viewing of an old film shot around the county courthouse in the 1930s.  What has remained stuck in my memory was this astonishing fact - there were nothing but lean and thin people present.  Of course, there have been throughout history, some people who were "gravitationally challenged" - King Henry the VIII or "Chubby" of the Little…

The Songs of Whales

Days are become sadness, filled with sorrow builded by all we have come to be. With recrimination of self and of the subjugational societal systems of which our nations and our world are formed. I think and…

The Swiss Foundation for Freedom and Human Rights

We are on our OWN in regards to the "illusion of political choice" in this mountain of American bullshit surrounding us.  I must need medication because I still have some romantic notion that American's actually care, when if fact, they don't even care about one another and the principle diet in their obesity is "Eat Each Other" in…

Need help getting this video on Public Access Channels

Many Public Access Channels across the country have already asked us to send them copies of our video to air, helping to remove money's influence from our government.

The problem is: they are asking for a local person to sponsor the video. I need help in your area to fill out a form for the station. To find out how, go to THIS PAGE, and…

a contemporary tale of a Worimi artist, grandfather to 58 children, story teller and custodian of the Guardian Healing Tree, the Worimi Nation’s most sacred site, continues.