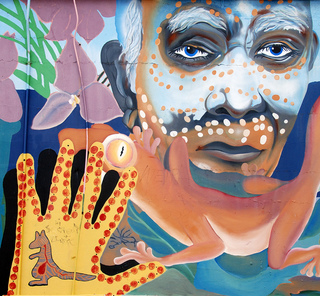 Thank you so much to each of you for offering to spark our dialogue!

Born in Juneau, Alaska, Ernestine Hayes is a member of the Wolf House of the Kaagwaantaan clan of the Lingit. She is assistant professor of English at the University of Alaska Southeast and the author of Blonde Indian, an Alaska Native Memoir, which received an American Book Award and was a finalist for the Kiriyama Prize and the PEN Nonfiction Award. Her writing has appeared in Studies in American Indian Literature, Huffington Post, Tidal Echoes, Anchorage Press, and other venues. Hayes makes her home in Juneau. The grandmother of four, she is soon expecting her first great-grandchild.

Phil Lane Jr.
An enrolled member of the Yankton Sioux and Chickasaw Nations, Hereditary Chief Phil Lane Jr., Chairman of the Four Worlds International Institute (FWII) has worked globally with Indigenous Peoples for more than 44 years. An Associate Professor in Native Education at the University of Lethbridge (1980-1996) Phil and Indigenous Elders founded the Four Worlds International Institute (FWII) in 1982. With the guidance of the Four Worlds Elders Council FWII has become an internationally recognized  because of its unique focus on the importance of culture and spirituality in all dimensions of development. Phil has extensive experience in his own cultural traditions, is an award winning author, film producer and holds Master’s Degrees in Education and Public Administration.  Phil’s work for Indigenous Peoples has won numerous International Awards, including the Windstar Award given by the late John Denver and the Windstar Foundation and the International Award for Freedom and Human Rights from the Foundation for Freedom and Human Rights in Berne, Switzerland. Other winners of these International Awards include, Oceanologist Jacques-Yves Cousteau, David Brower, Yevgeni Velikhov, Vice President of the Soviet Academy of Sciences, Wangari Maathai, Nobel Peace Prize Winner and founder of Kenya’s Greenbelt  Movement,  Lester  Brown,  President  of  the  World  Watch Institute, the Dalai Lama of Tibet, Dr. Boutros Boutros Ghali, former Secretary General of the United Nations, and British Lord Yehudi Menuhin, musician and philosopher.

During the past 5 years FWII’s work has included a focus on utilizing Social Media for developing "Deep Social Networks and the Digital Fourth Way’' for local to large-scale social change.

Stephanie Nestlerode
Stephanie Nestlerode is a social worker by training and a strategic planner by trade.  She consults with collaborative efforts dedicated to serving the Common Good.  She encourages public, private and civic sector involvement in the areas of education, social services and healthcare (three pillars for democracy).  Her techniques nurture the ability to make wise choices for our shared future.