"Representing all voices continually and repeatedly."  This was a phrase I tossed out in an email a few days back and it just came flying back like a boomerang.  It does seem to be at the core of this unfolding experiment in democracy called Occupy.  I extracted this blog from one of my replies within a spirited email conversation regarding the proposed National General Assembly for July 4, 2012 in Philadelphia, PA and whether or not a system of delegates is Paleozoic and we should adopt governance by only direct popular vote.

I  continually gravitate toward the reflection that any system defaults to the consciousness driving it.  Given the current consciousness that splits itself between desire for freedom vs desire for control, even between those that advocate "freedom", I'm not sure our society is ready to pull off honest popular representation.  I'm not saying we oughtn't go for it. In principle, I feel we definitely should. 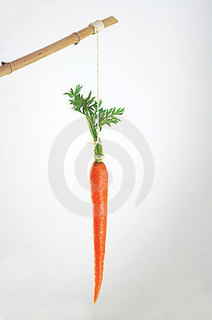 Should there be no delegates at all for any purpose?  If I may tangle metaphors, my sense is that might be throwing out the baby with the  bathwater and tossing people who either can't or don't want to swim—yet—into the deep end of the ocean. The biggest mistake we can make is believing everyone thinks like we do, wants what we want or has the capacity, willingness and/or desire to interact at the levels we do.  Part of respecting diversity is honoring different people's inclinations—for "better" or "worse".  Look at our occupy movement.  What percent of people are driving the energy vs those riding the energy vs those trying to get out of the way vs those trying to squelch it and every variation in between. Everyone has their role to play and each role brings its own perspective to the mix.

Many assert that this movement is bigger than 100% of the constituents and has a life of its own.  And, in many respects, it's a process that is in its infancy. The generations old enough occupy are the first to enter the present playing field.  We don't have the rules to the game yet.  We're not even sure what kind of ball we'll use, or if there's going to be a ball at all.

As long as there are forces intent on fixing an outcome, even popular vote counts find their way into gerrymandering or "creative" vote tallies (Leonardo Di Bush).  I'm an idealist at heart, though I also am forced to drink the bitter draft of that which pours forth from our current relational commons.  I say forced because those of us that allegedly represent the ideal, are not the only ones in play producing outcomes.  AND yes, the better (more clear, thought out and thorough) the system design, the better we can represent the whole and safeguard against undue influencers that seek to distort.

Perfecting the function of a system design is always an ongoing progressive process of rolling out version after version, evolving as we evolve.  Democracy 1.0 was rolled out 235 years ago.  As someone mentioned, according to Jefferson, Democracy version 2.0 is over 200 years late.  Which, by the way, is a product primarily born of consciousness not the system.  The original system had, and still has, ample provision for self-correction.  The consciousness driving the system took a healing correction toward equality via Democracy version 1.14, the 14th amendment, and, instead, forged it into a poison arrow that killed equality. Of course, there are arguments that say the 14th was a Trojan horse, again, less than integrous consciousness infecting a democratic system relying on honor to reamain intact.

In as much as we focus on creating the best mousetrap to catch true democracy by constructing a system of optimal flow of representation, there needs to be at least as much attention on cultivating the consciousness that will support and uphold those structures.  Perhaps there already exists a lexicon that describes 3 functional layers of a system (in simplistic roughed-in form):

The last, innerstructure, is the aspect over which we have the least, if any, control.  This is the element on which civilizations and empires rise and fall.  It is also the territory in which are, paradoxically, most violently divided and most intrinsically connected.  It seems that the heart and soul of this Occupy movement recognizes our intrinsic connection, hence the commons.  I think this is the fertile field in which many of our questions and quandries will find illumination.  Let's continue to cultivate this field.

That is the work we are about : emanating an "innerstructure" ( a wonderful word)..we are weavers of a new moral fabric from which all our actions and words spring forth.

An" innerstructure" is  bottom up  and top down inter fusing, inter informing..it is what was missing from Democracy 1 ( and the first democracy in Geece).  Is it latent/inherent as many of us believe?  Is it something that can be revealed? Can every person somehow connect to that latent innerstructure?

Rev Patric Roberts beautiful essay this morning refers to your teaching on reclaiming dignity..to the transformative power of reclaiming dignity.  I think that is a key agent in evolving this "innerstructure" we must build together to move forward wisely and inclusively.

A Radiance of Blessings

perhaps the cornerstone of that "innerstructure" is  "Ubuntu"?

Ubuntu: "I am what I am because of who we all are." (From a translation offered by Liberian peace activist Leymah Gbowee.)

Archbishop Desmond Tutu offered a definition in a 1999 book:[3]

A person with Ubuntu is open and available to others, affirming of others, does not feel threatened that others are able and good, based from a proper self-assurance that comes from knowing that he or she belongs in a greater whole and is diminished when others are humiliated or diminished, when others are tortured or oppressed.

One of the sayings in our country is Ubuntu – the essence of being human. Ubuntu speaks particularly about the fact that you can't exist as a human being in isolation. It speaks about our interconnectedness. You can't be human all by yourself, and when you have this quality – Ubuntu – you are known for your generosity. We think of ourselves far too frequently as just individuals, separated from one another, whereas you are connected and what you do affects the whole World. When you do well, it spreads out; it is for the whole of humanity" (wikipedia)
A beautiful partner to the fundamental core you suggest of  valuing and upholding the dignity of of every living person.

"The last, innerstructure, is the aspect over which we have the least, if any, control.  This is the element on which civilizations and empires rise and fall.  It is also the territory in which are, paradoxically, most violently divided and most intrinsically connected.  It seems that the heart and soul of this Occupy movement recognizes our intrinsic connection, hence the commons.  I think this is the fertile field in which many of our questions and quandries will find illumination.  Let's continue to cultivate this field."

I agree with much of what isn't bold in that quote, but I firmly disagree with what is bold.  If we = each of us, control is ours absolutely.

I hope Jitendra chimes in again on your point.

Strangely, I resonated most deeply with that ,perhaps misinterpreting Jitendras point..the paradox that we are quite violently divided on the existenve/content of our "innerstructure" ( culturally) even though we seem to be united in  the seach for meaningful change ..

At TED we did a google poll on values..it was amazing how there seemed to be in the ocmmunity an implied common innerstructure in the TED community..when we each articukated that..there was no coherence..no identifiable core values.  Perhaps that experience influenced my interpretation of Jitendra's observation.