A Law To Protect Peaceful Protestors

Witnessing the over reaction to peaceful protestors by police across the nation is alarming to concerned citizens who recognize that this response is contrary to the United States' First Amendment Rights of Free Speech and our Right to Assemble in Redress of Grievances that are insured by Law.

A new Federal Law is needed that will assure that these rights to "Assemble Peaceably" are respected, especially against all threats, abuse, attacks with weapons by local law enforcement,…

"The legitimacy of rule by giant corporations and Wall Street banks is crumbling."

Too Big Has Failed! #Occupy

Iran, Gold and Oil - The Next Banksters War

"Remember the real reason why Moammar Gadhafi is dead. He dared to propose and started creating an alternative currency to the world reserve U.S. Dollar. The lesson learned in Libya is now ready for teaching in Iran. Forget all the noise about going nuclear, the true message is that the banksters rule and nation states serve their ultimate masters."

When you heard news stories about the Federal Reserve making secret loans to the crooked ”bail out banks” that weren’t authorized by congress, they were lending out the $7.2 trillion “Wanta dollars” ordered paid by President Obama and the Federal Courts.

If you wondered how the Federal Reserve, that couldn’t print a few billion dollars without authorization from congress, lent out trillions that technically didn’t exist with no permission at all and there…

We are divided, in America, into two classes: The Tories on one side, a class of citizens who were raised to believe that the whole of this country was created for their sole benefit, and on the other side, the other 99 per cent of us, the soldier class, the class from which all of you soldiers came. That class hasn’t any privileges except to die…

"Vancouver’s Adbusters Magazine sent the initial callouts to occupy Wall Street, to be the natural successor to unfinished revolutions in Tahrir Square and Madrid. Quickly enough it escaped their grasp. Adusters has issued two dozen “Tactical Briefings” since before September 17 to advise the growing rebellion, to be interpreted coming from a valued mentor, albeit an outsider, technically now, a non-occupier. The distinction was never more obvious than when one of their briefings…

The flaws of Capitalism - and how to fix them

"In the run-up to Davos 2012, Martin Wolf has outlined some essential aspects of an overhaul of Capitalism. But does he go far enough, or do we need a more holistic approach? Which points is he missing? openDemocracy writers reflect on the flaws of Capitalism."

The flaws of Capitalism -…

Beyond focusing attention on the dysfunctional Financial System, we need to focus attention on:

"When the sun goes down every night, America becomes a very frightening place.  There are communities all over the country where drug dealing, human trafficking and gang violence have gotten so out of control that authorities don't really know what to do about it.  In America tonight, thousands of meth heads will break into homes as they desperately search for enough money for another hit.  In America tonight, thousands of children will be sold for sex at truck stops and on…

"The world is calling for a bold vision of economic justice to counter dislocation and austerity. But since the global economic crisis reasserted its icy grip after a brief Keynesian impasse, world leaders have failed to deliver one. The inability to articulate a narrative beyond a long, hard march out of economic malaise ultimately caused by politicians' and regulators' failure to adequately supervise the financial system is resulting in a widespread disillusionment with…

Zombie banks are dragging Ireland into the ground

"Just like many African nations, Ireland's debts must be cancelled or a 'financial bomb' will go off in its most deprived communities.

Activists more accustomed to campaigning against the debts of countries like Zimbabwe, Egypt, Ecuador and Indonesia were instead outside the Irish embassy this morning. Dressed as zombies, we hoped to shed some light on the so-called "zombie banks" whose debts continue to drain resources from an Irish public sector that is being slashed to…

Remembering a Place for the Children in the Occupy Movement 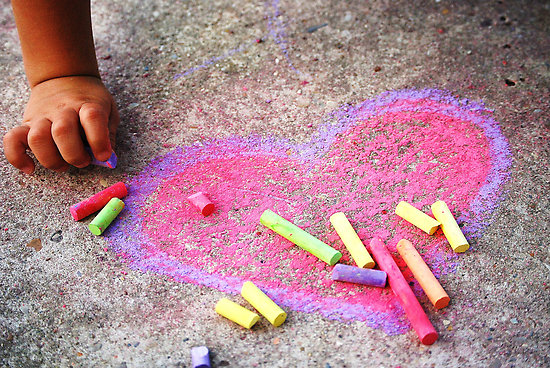 After reading this in my email box today, it occurred to me:

Where are all the children in the Occupy…

In all the years the U.S. society has tried to enact legislation to control conduct, we’ve never gotten it right. Instead, we’ve put in laws that are often overbearing and choking us, and at the same time, they haven’t protected people from harm. I invite you to look at the situation in a novel way, which will point to a more simple and elegant solution.

Let’s take the case of the U.S. government trying to ensure we don’t create another economic recession…

Psychology of Tyranny for a Philosophy of Despotism

"The underpinnings that fallaciously attempt to justify despotic regimes rely upon the perverted practice of controlling the public mindset in weak societies. The indisputable evidence that civilization is regressing at lightening speed is all us. Governments are becoming irrelevant with the passage of illegitimate authority consolidating into the hands of oligarchic cabals and global tyrants. An objective study of the voluntary abandonment of individual sovereignty is worthy of…

Petition: Demand Our Right to Recall MP's, as per pre-Election Promises

Before the last election, politicians were queuing up to promise this right to “recall” MPs who break the rules or their promises. But now they’re safely in Westminster, they seem to be going off the idea. A huge, people-powered push from thousands of us will make more MPs state their support publically and could lead to the government deciding to support these measures.

The government has published its own ideas about recalling MPs, but as I said…

It's all a big joke to them -- the obliterating of pensions, millions of families losing homes, crushing unemployment, lives destroyed. In 2009, just a few months after the devastating crash, they sang a parody song titled "We've All Lost Dough Together". This year, the current "Grand Swipe", Wilbur L. Ross Jr., who the New York Times called "a dean of vulture investing", made this joke for the bankster crowd:

“We have members from every firm that has failed, as well as…

The Economic Idiocy of Economists

The American Economic Association's annual meetings are a scary sight, with thousands of economists all gathered in the same place – a veritable weapon of mass destruction. Chicago was the lucky city for 2012 this past weekend, and I had just finished participating in an interesting panel on "the economics of regime change", when I stumbled over to see what the big budget experts had to say about "the political economy of the US debt and deficits".

In the world's richest ever country, poverty is highest among industrialized nations. Homelessness and hunger levels are unprecedented. Over 20% of US families haven't enough money to buy food and need help.

Over half of US children need food stamps to eat. Tens of millions have no health insurance. Those with it pay double the…