The Common Sense in the Common Good

We the people of this world long ago once realized our potential for imaginative thought and material creativity. We have been blessed as a species with the ability to achieve a profound understanding of the world around us, and from it we have built a truly incredible way of life.

Unfortunately, this blessing has also come with a curse. With the ability to creatively…

No "special permits" for first amendment activity! We are not separate from the poorest!

So much focus on economic and political demands have pushed on-the-ground poverty realities aside.

Human rights now! Keep the poverty laws and abuse of the poor ON THE AGENDA!

Does this kind of information affect the direction of the Occupy movement? I believe it does. Our actions need to be based on past experiences and 'REAL' present conditions. What do you think?

Published on Tuesday, November 29, 2011 by TomDispatch.com

In homage to one of the "winter soldiers" that Thomas Paine memorialized, my old colleague Richard Grossman, who died too soon this November 22, 2011, I offer this plea for sanity. …

A small light in the darkness..Judge Rakoff has refused to approve a settlement in the SEC's case against Citicorp for its role in the mortgage scandal stating that such a settlement is not in the public interest as it will hide the truth and "softens", to a point of disguising, the culpability of both Citicorp and SEC.…

A suggestion for your consideration

There is generally an assumption that the "specific purpose" of any movement must first be put forward.  Recent research and recent history shows that this is a mistaken assumption.

Instead, to accomplish any change the first step is to provide a forum where every individual has a voice, and the next step is to listen until everyone believes that everyone is heard.  This is the basis of the success of the Arab Spring: the belief that with democracy as a forum then every voice is… Continue

The Myth of Sustainable Growth

While I don't agree with their proposed market-based solutions, since the money/market system itself is the problem, I find it fascinating that these very mainstream thinkers - Herman E. Daly is Senior Economist at the World Bank. Kenneth N. Townsend is Associate Professor and Chair of the Department of Economics at Hampden-Sydney College - understand that "sustainable growth" and even "sustainable development" (as it's currently used) are oxymoronic, if not simply moronic. 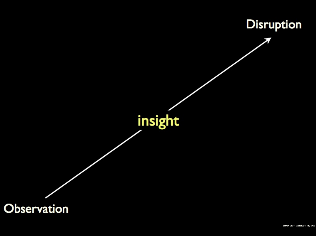 Two insights that I wanted to share two insights with you that have emerged for me while participating in the OC online conversations.

It seems that our collective way of thinking (which we are usually unaware of) is what can collapse the movement's potential. I believe the following transitions of awareness…

It's Official: Capitalists & Oligarchs are ON STRIKE 'til they get EVEN LOWER Taxes & EVEN MORE Deregulation!

Ever wonder where all those Bailout Trillions have gone?  What about all the Stimulus Trillions?  Or all the "Quantitative Easing" Trillions?

Ever wonder why it is that, no matter how many tax cuts & no matter how much borrowed money our Neoliberal "leaders" shower on the Oligarchs - the so-called "Job Creators" - none of it seems to "trickle down" to the 99%?

Well it turns out they're On Strike!  And they're not going to "trickle down" any more…

The Three Pillars of Democracy

Calls for direct democracy have recently become a lot more prevalent around the world in the context of the Arab Spring, Los Indignados and Occupy Wall Street movements. This begs the question, how direct democracy would practically work, not only on a local but also a national and international scope. Popular wisdom seems to be that electronic voting could be the silver bullet that would make this possible. However, not only is it hard to trust electronic voting whenever a secret ballot is…

Of Prophets and Hope

For what does it profit a man to gain the whole world and forfeit his soul?

"The Contrariness of the Mad Farmer"

I am done with apologies. If contrariness is my inheritance and destiny, so be it. If it is my mission to go in at exits and come out at entrances, so be it.

: government by those who seek chiefly status
and personal gain at the expense of the governed; also: a particular government
of this kind

Christopher Hedges used this very apt word,
dating back to 1819, in his "teaching" at OWS.

It is the perfect word to describe our present condition..our present reality as the 99%.…

I just stumbled upon this essay, written in the aftermath of 9/11, but which has important things to say to some of the current discussions about a new economy and the role of technology. I've taken the liberty of highlighting some sections.

Thoughts in the Presence of Fear

by Wendell Berry, Autumn 2001 (reprinted in 73 countries and 7 languages)

I. The time will soon come when we will not be able to remember the horrors of…

An Ode to #OWS

"There are two kinds of property. Firstly, natural property, or that which comes to us from the Creator of the universe – such as the earth, air, water. Secondly, artificial or acquired…

Here's some excellent statements on the means and meaning of the OWS movement.

"Occupy Everywhere: On the New Politics and Possibilities of the Movement Against Corporate Power”

Next for the Occupy Movement: Target and Drive Corporate Shills Out of Congress

Just read this re-post from Op Ed News on the #Occupy Wall Street: New York City General Assembly website.  I couldn't agree more, that the teeth of this movement need to sink themselves into Congress.  The politicians that do the bidding of corporate interests can only operate if we 1. put them there; 2. allow them to stay.  It makes sense that Congress is the most vulnerable link in the chain of execution for continued consolidation of corporate power and control in our flagging…

Relief and extreme gratitude for the Occupy Movement this Thanksgiving weekend. Some would say that this movement was long overdue. To that I respond "timing is everything"; the time for OCCUPY was NOW. The WORLD is ready NOW!

I am so very grateful today feeling a shift in this movement -- a "rolling up the sleeves" of many people everywhere because of what Occupy has done by speaking what was unspoken, by inviting others to do the same, by including all the voices, young, old,…

It seems the 1% is preparing to crush the Occupy Movement in the USA once & for all.  A Bill being rushed furtively through the US Senate would designate the entire United States as part of the "Global Battlefield", allowing Endless Detention without Evidence & without Trial, Disappearances, Assassinations, Summary Executions, etc. - in short, Nazi-style Totalitarianism, here & now!…

Naomi Wolf on the significance of the police assaults at Occupy

A friend who I really respect just sent me this article by Naomi Wolf that came out in today's London Guardian.

At first blush, I didn't think it was offering anything new to the conversation.

It's worth reading, if only for this:

In New York, a state supreme court justice and a New York City council member were beaten up; in Berkeley,…