Hello. If you are reading this right now then you are part of the resistance.

I really love reading and hearing about Occupy’s newest plans to occupy foreclosed properties. The foreclosure crisis that hit America in recent years was created by banks’ predatory lending practices. Now the time has come to make them pay. Although I consider this an excellent enterprise for the Occupy Movement to go after banks and Wall Street, there is an even bigger enemy that is largely being ignored…

How Soon Until They Come for Us

The United States Military Can NOW Arrest you Hold you Indefinitely Without Trial and KILL YOU without recrimination!

There is a growing convergence of thinking about where the US Occupy movement should go as a next step to turning its values, concerns and commitments into changing what most Americans see as broken government under control of corporate interests.  When it comes to political and social movements, history shows us that they usually fail not because they disappear, but rather because they become marginalized, unimportant…

If you are reading this message you are part of the resistance.

My computer is 100% up to power now after my 3-year-old hard drive went kaput. I'm back up using a smaller spare drive that I had stored away. Yesterday morning I worked on my system at 3:00 a.m. and had it back up before 4:30 a.m. The rest of the day after work was spent on fine tuning. I will be using this computer sparingly until I get a bigger drive at Best Buy this weekend, meaning no graphics programs.

Leaderful Practice and the Occupy Movements

I have been asked to comment on the usage of the term “leaderful” referring to the form of leadership endorsed within the Occupy movement.  It is often said by Occupy adherents that their leadership is not leaderless but leaderful.  When I first introduced the leaderful concept (  see, e.g., http://www.leaderful.org/ or…

My last couple of blog posts might seem kind of negative. But geeeez - this stuff is crossing my desk too regular now, and I feel we all need to be aware of the strange things that are going on.

A bill was just passed by the Senate that is said to effectively end the Bill of Rights. Read below ...…

Just minutes ago on What's Up With Chris Hayes ( MSNBC)  there was an absolutely fabulous "salon" discussion on Occupy "outing" certain dems whose politics , habits and votes undermine and betray the 99% as much as republican votes.

The "salon" pointed out that its good for reform and cleaning up of the entire electoral process to have OCCUPY performing this role of shining a light on everything that is broken..who is responsible for that..and these kinds of actions by OCCUPY will get…

THE FUTURE OF NEWS MEDIA

More and more it has come to my attention that independent media such as newspapers and television is dying. At this present time I work for one of the few remaining independent newspapers in America that has not been bought by one of the corporate chains. This greatly saddens me.

Years ago, journalist were people who worked outside the fringes of society who chronicled stories and events and…

THRIVE - the hour is growing late

This is the WHY, this is the CHOICE, and this is the IMPERATIVE.  This is why we must make a stand, for the good of ALL humanity, in a non-violent resistance of the Global Domination scheme of the 1% Elite.  The hour it is growing late - the time it has come - NOW.  The need is overwhelming, the challenge is too.  Do what you can, where you are able to.  If we will ALL do as much, we will prevail.

I know that my blog heading will attract a lot of attention out there and it should. If you read this you will not only learn what just happened to me, but you may receive some good encouragement if this should ever happen to you.

Yesterday, I have done a survey on my Facebook page and discovered that three individuals (two of them were family members) had "unfriended" me from their Facebook pages. This does not surprise me because all three of them were devoted right-wingers who have…

Myths about the Occupy Movement

This is my very first blog ever, so bear with me.

MYTH 1: THE OCCUPY MOVEMENT IS A GROUP OF PEOPLE WHO WANT SOMETHING FOR NOTHING.

FACT: The majority of people who I have seen and heard do not want a hand out but a hand-up. The truth is that the 1% receive millions more in welfare than a single mother who receives a state welfare check. This is called corporate welfare and is suppose to help stimulate the economy and create jobs. It…

We want Accountability, not Impunity;
Equality, not Inequality;
Social Justice, not Social Darwinism;
Justice for All, not Just for the Rich.

Why Liberal Elected Officials Support the 1%

This is a fascinating analysis of why two traditionally liberal pro-consumer congresspersons  (both NY Democracts) initiate legislation and vote in suport of the 1%.

It underscores that what we are about here transcends party politics, cannot be and isn't,  represented in a two party system..why occupy should not align with any existing party.

"How exactly the Hedge Funds & the Financial Markets are Destroying the 99%" - by a Wall Street Insider (i.e. not me)

I believe this information is important & should be published as widely as possible (“It is well enough that people of the nation do not understand our banking and monetary system, for if they did, I believe there would be a revolution before tomorrow morning.” - Henry Ford):

﻿﻿﻿Getting into the nuts and bolts of Occupy process, here is one example of what one site is using for their decision-making at General Assemblies that may be a useful model for others.  Many Occupy locations are using consensus with a fallback option to super-majority vote, and this document from Occupy Eugene (Oregon, US) sets out a relatively clear explanation for how that may be framed.

Until Occupy came along, consensus with an active voting fallback was a fairly unusual form…

What the 1% Is Advising as Anti Occupy Strategy

This is fascinating..a strategy for countering Occupy and any perception that candidates ( or seated offivials) are part of the 1%.

Interested to see if thi sposts..my earlier post on the the very important and instructive Udall Ammendment Vote vanished into the ether..

"Representing all voices continually and repeatedly."  This was a phrase I tossed out in an email a few days back and it just came flying back like a boomerang.  It does seem to be at the core of this unfolding experiment in democracy called Occupy.  I extracted this blog from one of my replies within a spirited email conversation regarding the proposed National General Assembly for July 4, 2012 in Philadelphia, PA and whether or not a system of delegates is Paleozoic and we…

Just minutes ago Senate democrats voted 60-38 against an ammendment sponsored by Mo Udall that would have stripped out the two police state provisions added into a standrd appropriations bill over the thanksgiving weekend.  Udall had sought to remove sections which  would authorize arrests and unlimited detentions without charges or trial

.Where has occupy been on this?

Where has Occupy Cafe been on this?

Mo Udall and the 38 democrats who supported the Udall ammendment…

Broadening Our Perspectives Regarding the "Evil" Actions on Wall Street 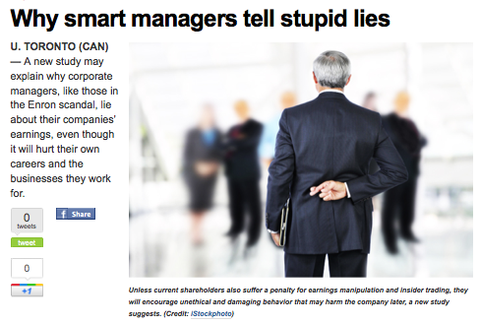 If we are to move in a direction of transformation rather elimination, it is important that we come to a deeper understanding of why and how corporate society operates. This research article on…